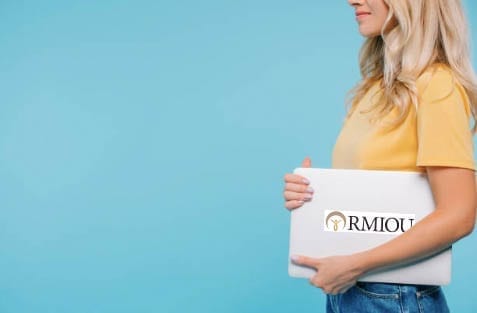 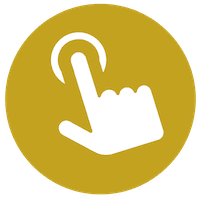 Some of you are called to minister—your passion and calling are to speak to and interact with individuals. You enjoy nurturing, teaching, comforting, and encouraging anyone and everyone who needs someone who cares. Here at RMIOU, we want to share everything we've learned from Erin she's been taught over three decades so you can have your own successful and prosperous ministry—as well as what we are continuously learning from one another!

Some of you, however, are more comfortable with the supporting role—the backend, behind the scenes. You thrive and become alive within the technical and administrative side of a ministry. Once again, we want to share everything we've learned from Erin, and again, what we continuously learn from one another!

MANY women are anointed and called to do both ministering and administering. Even then, it's beneficial besides GOD's way to connect and work with others who are like-minded and share your passion for ministry. RMIOU will meet this need as well.

Learn how to use the apps, programs, and software RMI successfully uses for all her websites. If TECH is your thing, if you're a computer geek that here's where you can hone in your GOD-Given talents and also utilize plus share your prior training as not just an RMIOU Student but an INSTRUCTOR. YES, it's built-in and is part of our curriculum! Instructing something you just learned is the only way to be sure you've learned 100% of what you were taught.

"The student is not above the teacher, but everyone who is fully trained will be like their teacher." L640

"These older women must train and teach the younger women to love their husbands and their children, to live wisely and be pure, to work in their homes, to do good, and to be submissive to their husbands. Then they will not bring shame on the word of God." T245

Speak to your Husband, your Maker, who wants to continue to take your hand and lead you through this amazing journey of training to use your talents and passions that will change lives around the world!!

“Prepare your work outside and make it ready for yourself in the field; Afterwards, then, build your house.”

"Do your planning and prepare your fields before building your house."

"Complete your work outside, and get your fields ready for next season; after that’s done, build your house."

“Hear then the parable of the sower...the one on whom seed was sown on the good soil, this is the man who hears the Word and understands it; who indeed bears fruit, and brings forth, some a hundredfold, some sixty, and some thirty.”

MTA "Minister Training Apprentice"  - The first step in becoming a Minister is to begin our Apprenticeship training and apply to join our Ministry Team. ENROLL in RMIOU NOW

The final preparation for our RPM "Registered Practicing Ministers" is working with our MTI "Minister Training Intern" students—to make sure that their focus is not just for their own ministry, but to encourage and train ministers to follow the same narrow road, a path, and a wider bridge built for other ministry-minded women to follow. Once the RMIOU training is complete, both academically and by applying what each has learned within Encouraging Women, both administratively and ministerially, then the minister is already working fully in her own ministry online and/or locally as a:

RPM "Registered Practicing Ministers" – Our RPMs are ministers who have either:

• This level entitles the minister of RMI Prophet Sharing based on the tithes and offerings of the patients under her care.

• The definition of a Registered Practicing Minister is a minister who has graduated from RMIOU and has completed the appropriate residency, proof that their training and competency requirements have been met and have gone above and beyond that minimal standard in a particular specialty or subspecialty by way of extra education and study, and is known by the fruits they have produced.

NO tuition whatsoever. It's part of our core principles that our ministry is founded on. God has given us so much, He has given you so much.

Our Partners tithe and/or sow their offering into the soil God has prepared in your heart. Unfortunately, sometimes when something is FREE to us, we don't value what's been given—the gift from others—which ultimately came from HIM. Just remember, most students today get into debt with student loans, and because they've invested nothing—they spend their time partying because they are not paying for it. Not long ago, and in many countries, students had to work to pay for their tuition and books and in order to live—and these are who ultimately VALUE their education—using it for their future.

You came to RMI with a broken heart, soil that had been drenched and watered with your tears. Now it's time to take the seeds of truth, of comfort, of hope, of encouragement—and scatter them into the hearts of women—only YOU can relate to and understand.